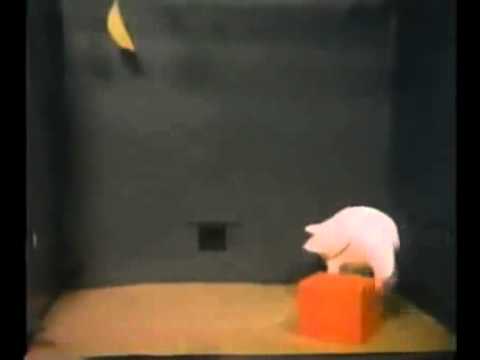 Wolfgang Kohlera German psychologist, arrived at Tenerife, a small island off the West Coast of Africa to take charge of an institute for the study of the anthropoid apes. When the World War I broke out, Kohler was forced to stay in the island.

He spent these years on an intensive study of how the chimpanzees perceive, think, and learn. The results of his experiments during the period were published in German.

Kohler employed five types of problems to study how the chimpanzees solve complex problems. He also used dogs, hens, and a little girl as his subjects for these problems. Both the problems involved insightful solution.

A bunch of banana was kept outside the cage beyond the direct reach of the chimpanzee. Two hollow bamboo sticks, one long and the other short, were kept inside the cage.

Since the sticks were hollow, one stick could be pushed into one end of the other to form a longer stick. The banana was pieced at a distance such that neither of these sticks alone would be sufficiently long enough to reach the banana. However, if the two sticks are joined, banana could be reached.

Since Sultan was hungry, his goal was to fetch the banana for eating. Initially he showed all customary reactions that a chimpanzee shows inside a cage. He used one of sticks to draw the banana towards him, but was unsuccessful.

He tried the other stick but failed. After some unsuccessful attempts, Sultan gave up trying and sat in one corner of the cage. After a while, it started playing with the sticks. He pushed one stick out as far as it could go, and then pushed the first stick with the other until the first touched the banana.

Kohler reports that Sultan showed considerable satisfaction at this actual contact. But since the sticks were not joined, the banana could not be drawn into the cage. Kohler also gave a hint to Sultan by putting his finger in the bamboo stick, while the animal watched.

But this hint did not work. Sultan took an hour-long trial but did not succeed. He started playing with the sticks again, and accidentally one of the sticks went into the hollow end of the other. A sudden insight dawned upon Sultan. Mentally, he solved the problem. He used the two sticks to form a longer stick, and with its help pulled the banana inside the cage.

On the next day, when Sultan faced the same problem, he solved it immediately.

Seeing the relationships among various aspects of the problems is described as learning by insight. There were several boxes inside the cage. After an initial period of trial and error, the animal stacked several boxes, and stood on the top box to fetch the banana. 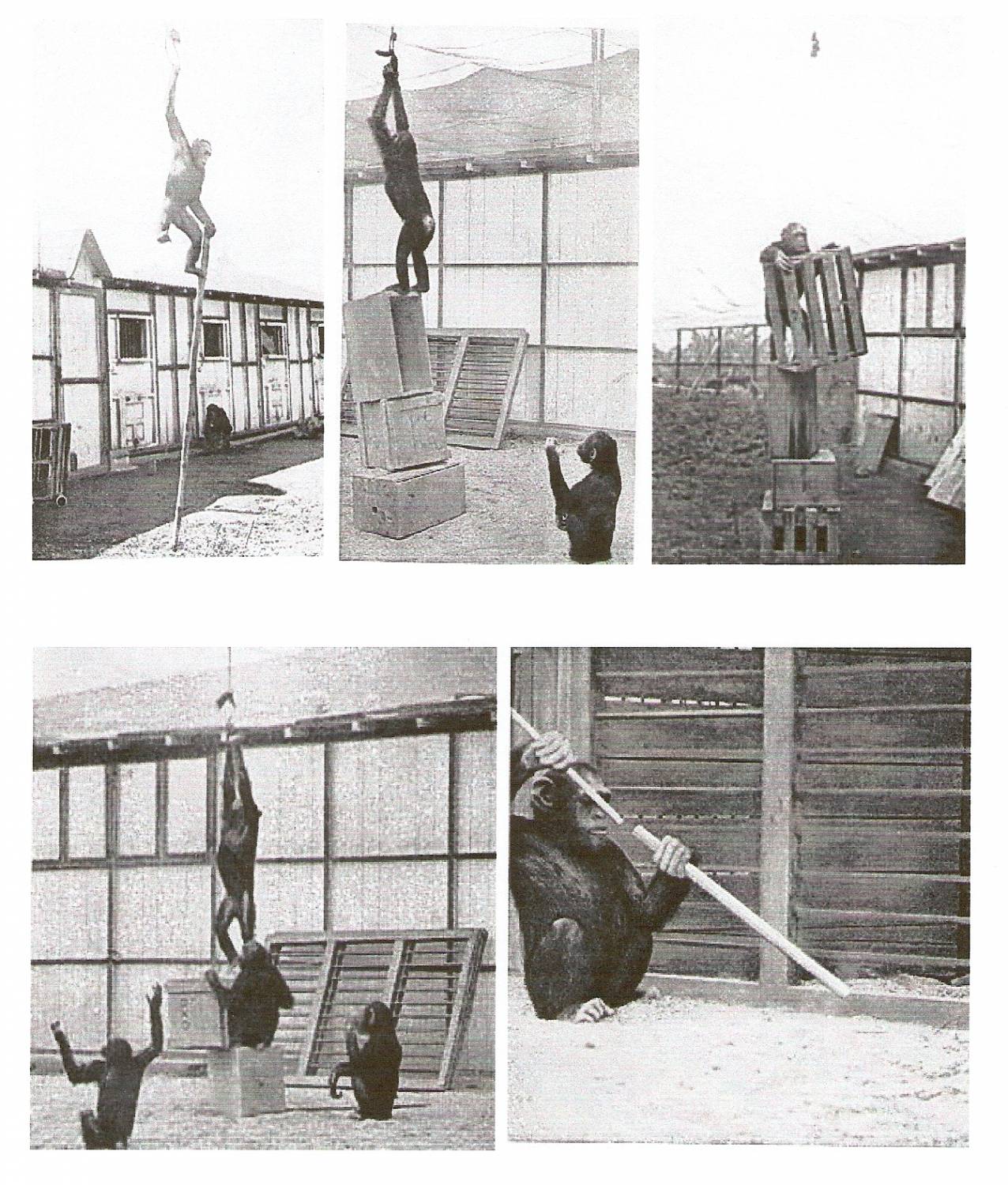 In this case, the chimpanzee also developed insight by observing the relationships among various aspects of the stimulus field.Insight learning is a theory of learning first put forth by Wolfgang Kohler about 90 years ago.

Learn about the development and definition of this theory and then test your knowledge with a short.

Insight Learning (Wolfgang Kohler – ) The purpose behind all of Kohler’s experiments was to determine whether or not apes “behave with intelligence and insight” and “to ascertain the degree of relationship between anthropoid apes .

Experiments of Theory of Learning by Insight: (i) Kohler s experiment on Sultan (Experiment with box): Kohlar kept a monkey (named Sultan) hungry for some time, and then shut him in a large cage. The earlier experiments that psychologists had run on dogs and cats differed from Kohler's experiments on chimps in two important ways.

First, the barriers were not familiar to the dogs and cats, and thus there was no opportunity for using latent learning, whereas the chimps were well acquainted with the rooms used in Kohler's tests.

Insight learning occurs when one suddenly realizes how to solve a problem. Sometimes when you are taking a test you happen upon a problem that you have no idea how to solve. Continue reading "Insight Learning".